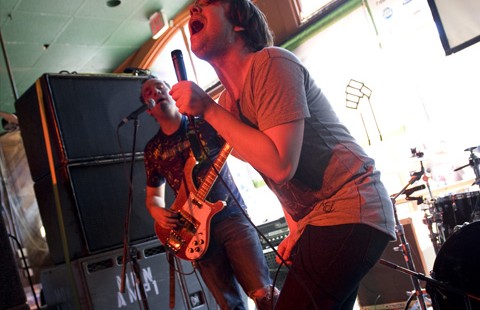 Berkleemusic band The Volunteers “laid down some NYC-style rocking that was impossible to ignore” at Berklee College of Music’s 4th Annual SXSW Party on March 20th. Along with eight other bands in four-and-a-half hours, the Berkleemusic band energized the crowd at Friends.

The group’s manager, online music business student Richard Zack, was thrilled by the band’s performance. “I had a blast at SXSW, and the Berkleemusic party ROCKED!” Richard said. “People flowed inside to see the bands when they heard the music out on 6th street.”

Read a full review of the Berklee party here.